I went on a few raids last night.

The first was in Echoes of Time: Epic against King Zalak. It was a tough fight, but we prevailed in the end. Some nice loot dropped, including: Soulforged Bracelet, Bracelet of Disintegration, Riddled Linen Coverlet, Clouded Ruby, Rough Ruby, Gashed Augmented Belt, Run Through (Adept I), Riana’s Spiteful Sustain (Adept I).

The next stop was to Icebound in Permafrost. We attempted to kill King Drayek but the victory was not to be had. After the raid, we were locked out so no second attempt was possible. As such, we went into the lesser version called Throne of the Kromise King. We killed the regular King Drayek, and got some general loot (no metal chest): Torn Augmented Bag, Zealous Preaching (Adept I), refined rhodium hoop, Howl of the Untamed (Adept I).

At this point, the raids ended and I did some general questing and fought for a while in Cazic Thule. Later in the night, I was contacted by a stranger who offered me this (which I bought): 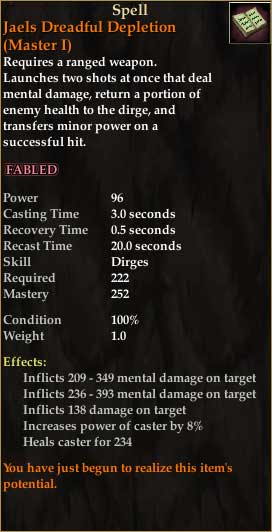