Well, we tried to take down Chel’Drak on Wednesday night. This mob is a seriously bad ass dude. I don’t think we came close to doing any real damage to the thing. I’m not surprised this mob hasn’t been beaten yet. Here’s a picture of this wicked machine, I took some video too that I’ll post after the weekend.

There is a five-day lockout timer on this mob even for killing the trash on zone-in, so we won’t be back for another week. That’s probably a good thing though, less they rename it to “Chel’Drak the Bankrupter” considering the repair bills. 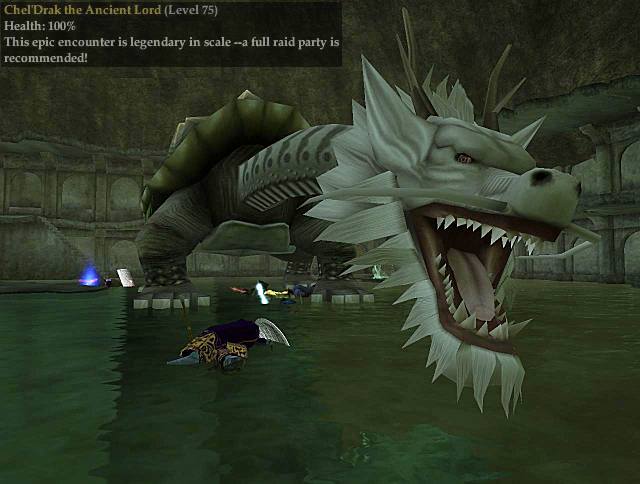 _Note I didn’t take this picture, I snagged it from the EQ2 forums. I’ll post my own shots along with the short video. _